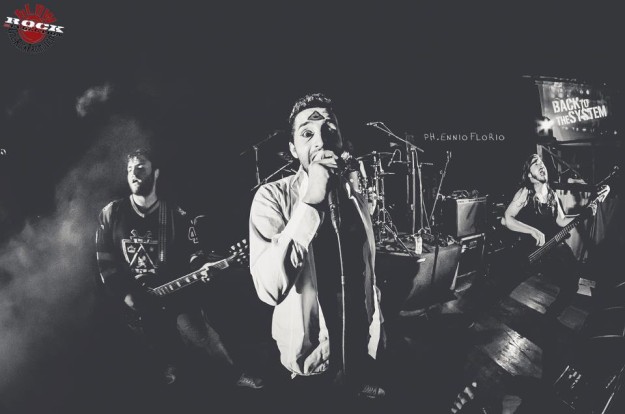 “Back to the System” is the best live tribute to “System of a Down” which you will ever experience ! The energy , the musical skills, the looks, the vibe is more than you can dream of… it is System of a Down !!

The project started off in 2006 by “Claudio” Malakian’s who has a strong passion for the “Armenian 4”. He formed this unique SOAD tribute band, which would be become worlds nr 1 “Tribute” to SOAD in the following years !

Because of Claudio’s knowledge of System of a Downs styles and music, he managed to find the perfect line up for the band, consisting out of some of the best musicians of middle Italy.

After the recording of their first demo tape, consisting of 3 songs: Aerials, Violent Pornography and Spiders, Back to the System is acknowledge to be the best SOAD tribute by Daron Malakian and John Dolmayan (respectively guitarist and drummer of System of a Down)

After the concert of Scars on Broadway (the second rock-project of Daron Malakian) in Milan, Daron listened to the demo of the 5 Italian guys and was overwhelmed by the similarity of the 3 tracks to the original tracks. This made him and John decide to “recrown” BACK TO THE SYSTEM as the best tribute of System of a Down they’ve ever heard (you can see our photos with Daron and John during the “meet & greet” on our my space page!).

Now Back to the System are doing a the “Italian Tour”, which will lead them along the most important Italian music clubs.. and they will bring the fantastic SOAD sound to the rest of Europe.. in the coming year ! So keep watching their tour dates and make sure you will see them Live !