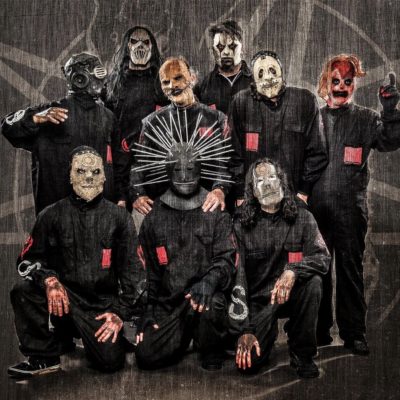 Subliminal Verses was conceived as an idea back in 2003, pushed by passion and the will of recreating the violent impact of Slipknot shows, both visually and musically.

After some lineup changes, the band finds its stability in 2005 and starts touring to bring the infamous shows of The Nine to the stage.

In the last few years, Subliminal Verses kept striving for accuracy in upgrading masks, suits, instruments and gear in order to improve, almost maniacally, attitude and live performance. This resulted in establishing an acknowledged international reputation as one of the best Slipknot tributes around.

Subliminal Verses are able to recreate the same brutality that only the original band (especially in the early years) was famous for.

After years of silence, on the release of Slipknot’s fifth studio album, .5: The Gray Chapter, Subliminal Verses celebrated the long-awaited comeback as well as their own tenth anniversary of non-stop activity!