SLAYER adheres always been the reputation of  a controversial band!

This refers not only to the intense music of four Californians who belongs to the most extreme, what the market will bear – and the image of the band has enough cause for discussion. Inserting a new SLAYER album in the player is always one of the most exciting moments for every metal – Fan !! What all these years incredibly surprised at the phenomenon Slayer, is that almost every metalhead loves this band, but also a rapper, hardcore and techno fans, even Popper, respect the “gods” and want the ” RELIGION ” LIVE Experience! ! Despite not sold in large dimensions phonograms SLAYER plays always by bands that show significantly higher (even-platinum) numbers at remote CDs (such as System of the Down, Pantera, u.s.w.). All catapulted the band into another dimension for the fans!

The Titans of the Bay Area thrash metal are worshiped. 1 live grenade in one evening, as it will give him in reality barely:

SLAYER in the form of a perfect TRIBUTE ribbon. 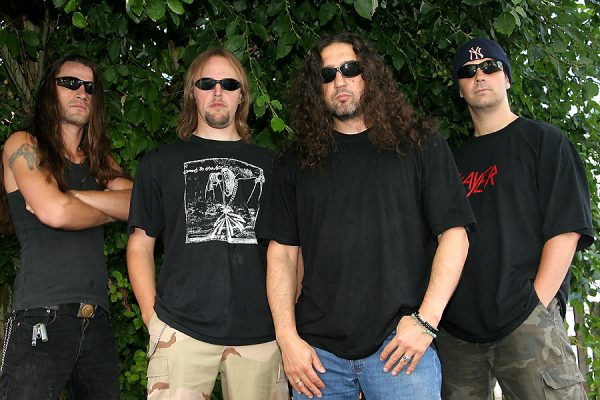