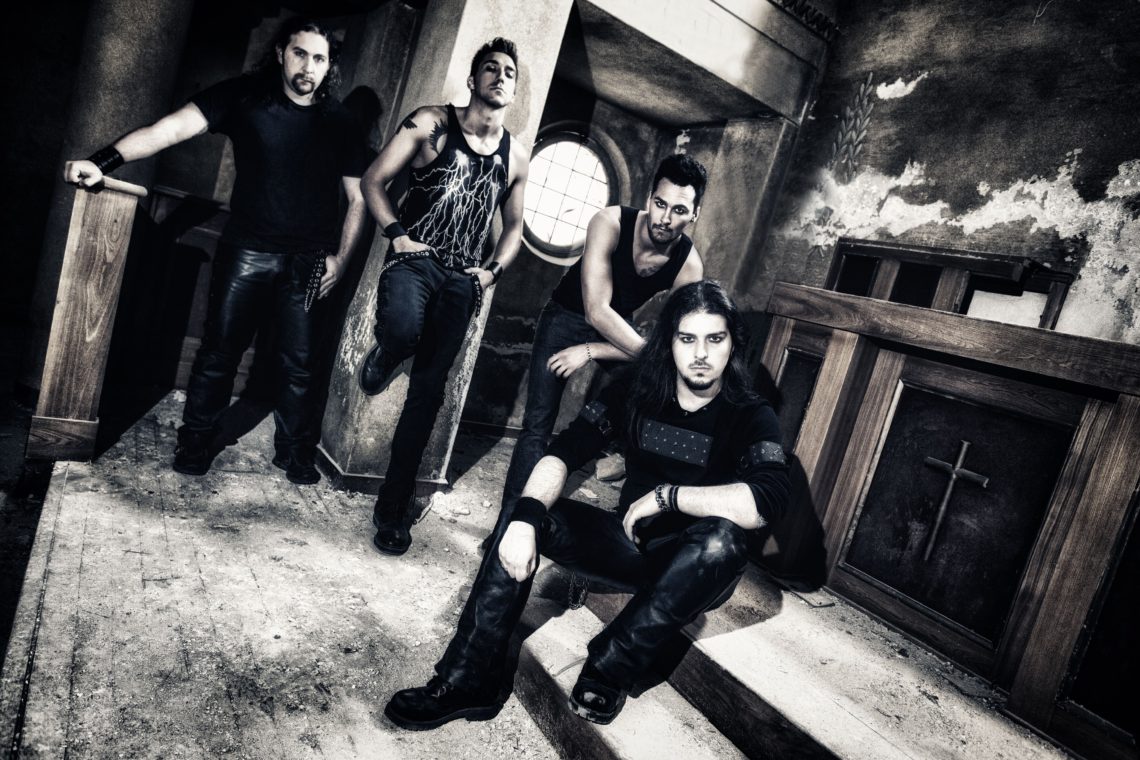 Nightglow saw the light in 2003 as an Heavy Metal band devoted to classic Metal Music, inspired by the

English trend of the 80’s and embellished with more modern, sofisticated sound.

In the summer 2006 they started a project as a tribute to MANOWAR.

In 2007 they have been recognized as the official Manowar tribute band by both Italian fans club.

In the same year was released the second demo CD : Metanderthal,the Metal Age.

The first full length WE RISE was released on 2013 under the label LogicIllogic, 8 songs mix of a classic and modern heavy metal.

After 1 year, 2014, the second album was released under Bakerteam Records: ORPHEUS it’s a powerful and more modern idea of metal. With these 10 songs the guys change clearly their songwriting and style.

Nightglow boast an average of 25-30 concerts a year, on the most famous stages of Italy and Europe, and many collaborations with the best Italian and international metal bands such as Labyrinth, Jack Starr, Lizzy Borden (…) and international artists such as Eric Martin, Fabio Lione, Kiko Loureiro and Rhino.