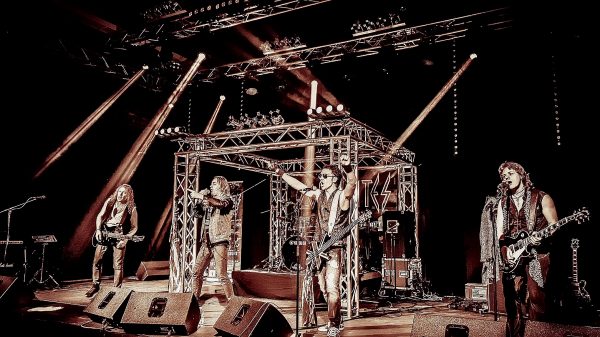 Love Bites were born in 2011, when 5 touring musicians in the area of Milan (Italy) decided to create a unique tribute to the the legendary Def Leppard, a hystorical band that nobody dared to tribute because of the difficulties in replicating their unique sound.

The band spent months in the studio, working hard to replicate the exact sound and vocal harmonies that made Def Leppard sell millions of records all over the world. In order to do so, they even bought original instruments (like Phil Collen’s signature splatter collection guitar) and, once ready, they started to bring their show live.

In few years they became popular all across Italy and Europe for being the only performing Def Leppard tribute, and they managed to hit many world-famous stages (like Z7 Konzertclub in Switzerland).

Love Bites recreate with the highest fidelity the current Def Leppard show, with the same setlist, same instruments and sound, accurate look and show, and bring it to clubs and festival all across Italy and Europe. The show includes many hits form the ’80, some older anthem and even songs from the last albums. On special occasions they perform the entire Hysteria album, just like Def Leppard do in some tours.