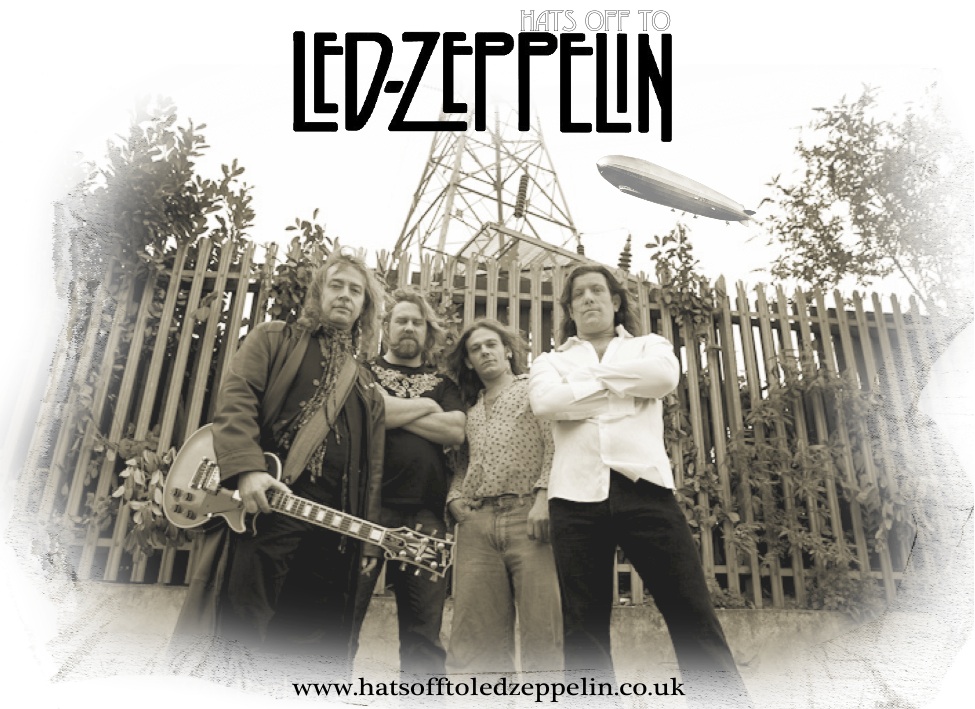 Hats off to Led Zeppelin’ – A stunning tribute to the greatest rock band ever! You’ll feel like you’ve traveled back in time when you experience these four top class musicians recreating Led Zeppelin’s magical concerts.

Featuring Peter Eldridge from the West End production of We Will Rock You; Jack Tanner and Kevin Oliver Jones from the world tours of Thriller Live and Dancing in the Streets; and Simon Wicker as Bonzo incarnate, they play all the right instruments and hit all the right notes in this explosive live show.

As well as being the ONLY UK tribute act officially endorsed by Marshall amplifiers they are proud to be co-managed by Warren Grant, the son of legendary Led Zeppelin manager, Peter Grant, who said after seeing them live: ‘You guys really did the band justice!’

Dave Lewis from Tightbutloose magazine said: ‘Hats Off went down a storm… delivered in a no messin’ style… play it they did and rock we did!’ – ‘Shut your eyes and you would think you were listening to the real thing!’