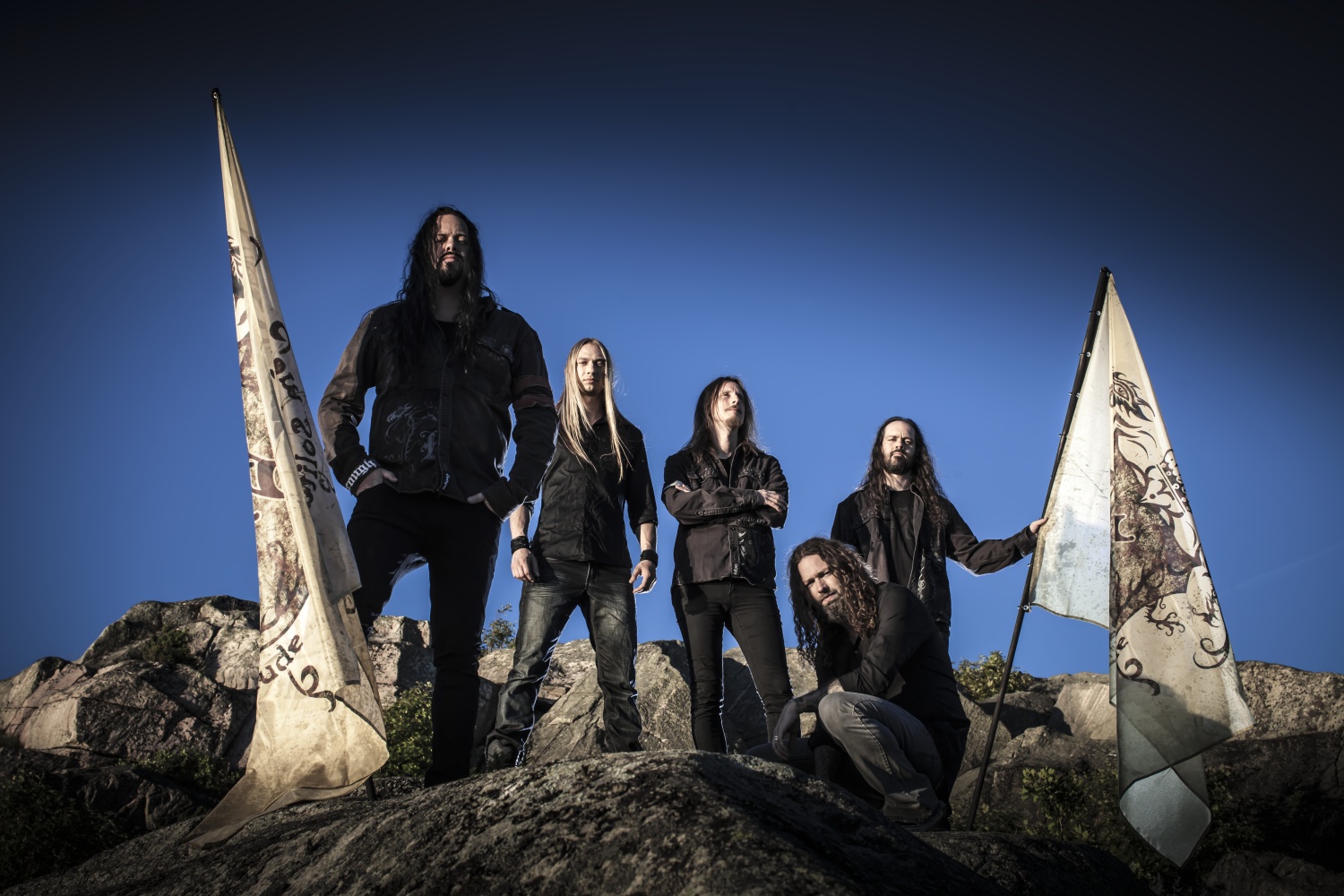 Not too long ago Evergrey was almost dead. Long live Evergrey.
Yes it’s true, one of the most original metal bands to come out of Sweden almost called it quits. It wasn’t a decision vocalist/guitarist Tom S. Englund had spent hours or weeks brooding over, but as time passed following the band’s ‘Glorious Collision’ album from 2011 he felt less and less inspired to continue. Perhaps it was the splintering of the band line-up in 2010 – which saw Henrik Danhage (guitars), Jonas Ekdahl (drums), and Jari Kainulainen (bass) leave on friendly terms – or maybe it was the business side of the music that had worn him down, but Englund had seriously considered throwing in the towel. Fate had other plans, however, and he found himself working alongside his former bandmates due to circumstances beyond his control. The end result of that unplanned collaboration, which was meant to be temporary, resulted in a re-energized Evergrey creating ‘Hymns For The Broken’, arguably the strongest album in the band’s 16 year career.

“We needed a stand-in drummer for a few shows that had already been booked,” Englund explains, “because Hannes (Van Dahl) had been offered the chance to join Sabaton, so I naturally called Jonas to see if he was available. We also needed a second guitarist, so I asked Henrik and he was fine with it. While we were doing those shows we realized that we were having a lot of fun with the music again.”

“I’d say that the guys coming back saved Evergrey because I wasn’t 100% set on doing an album,” Englund admits. “And I’m amazed. The band sounds hungry, the album sounds awesome, and I can say there’s not a weak song on it. I like it a lot, which is strange because usually I’m so tired of the music after working on an album for such a long time. Honestly, I’ve never felt I’ve been as close to the music as I am with ‘Hymns For The Broken’ because all the bits and pieces are in there. It’s exactly what my vision for the album was. Usually you get about 80% of it right, but this is 100% what we wanted.” Evergrey treads familiar musical territory on ‘Hymns For The Broken’, but they most certainly haven’t rehashed any of their previous eight albums. Their trademark elements of dark and light, rage and melancholy, and Englund’s signature vocals are all intact, but there’s a raw energy in Evergrey’s new music that hasn’t been heard in years, if ever.

“I think you can hear that the album is full of energy, full of life,” says Englund. “It’s definitely hungry, and it sounds different from any of the other releases we have. I’m not bashing our other albums at all; ‘Hymns For The Broken’ is just a different approach. I sang pretty much everything in writing mode, so the initial ideas were there from the beginning. We didn’t try to go back and polish things up. Also, bass and drums were recorded together live in the studio, and we didn’t stop until we had the take we wanted. We were after the spontaneity and I think you can hear it.”

Producer Jacob Hansen (Volbeat, Amaranthe, Primal Fear) mixed ‘Hymns For The Broken’, whom Englund considers the best man for the job. According to him, Hansen knew instinctively what the band wanted to do with the new music. Working from the original demos, “he made the songs sound 100 times better.”
Taking the cover art and song titles on ‘Hyms For The Broken’ at face value, it seems the thread woven through the album is tied to the concept of battle, war and revolution. Evergrey isn’t making a political statement, however. Nothing could be further from the truth. ‘Hymns For The Broken’ is about the human struggle that has been so present on all of Evergrey’s albums.

“For the last six years I’ve gone through a major transition, which has pushed me into corners where I’ve discovered things about myself that I didn’t know existed,” Englund reveals. “It’s an album about finding out you’re not the person you thought you were, which is something that can be scary and terrifying and rewarding. It’s been one hell of a journey. I’m not saying that my journey has ended or that I have the answers to anything. I’m confident enough to stand here and do this again. I think we’ve used our music as a forum for people who feel the same way we do about things, to make people feel less alone in some way.”