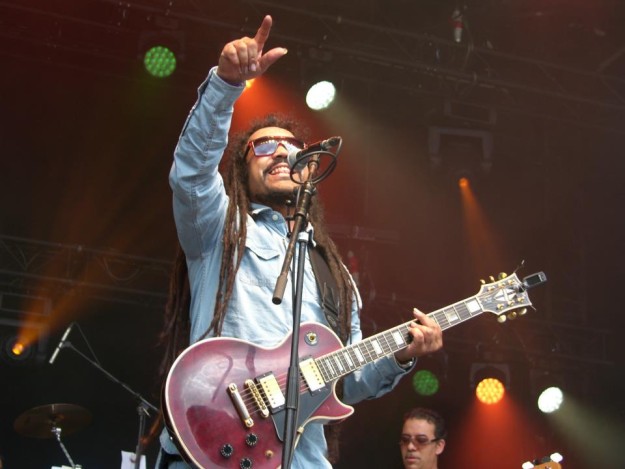 Panache Culture is a crucible of musical genres : a reggae base style opening onto oriental influences and North African sonorities.

The group touches in themes from life in general, their joys, sorrows and revolt. Panache Culture brings reggae music to a new dimension where tradition is melted with dance hall rhythms, sounds and sparkling vibes.

The measure of this success is legitimate by the constant collaboration with top Jamaican performers such as Early 16, Mickey Spice, Daweh Congo, Prezident Brown, Anthony B, Rico Rodriguez, Black Steel, Macka B and all

the artists from Barry O’Hare label, “X-rated”. Unlike other European reggae bands, which strive for Jamaica, Panache Culture are capable to attract Jamaicans to the old continent.

In 1999 Mad Professor, who mixed the first two Panache Culture’s albums: “Tell them” and “Travel in a dream”, produces and mixes Panache Culture in a dub, drum & bass, the album “Moroccan sunrise”, explosive cocktail of Reggae instrumental and Berber- trance rhythms.

The same atmosphere that we can find in “Roots experience”.

After three albums and collaborations with big Reggae names, The band has released “Le Discours”, a group of 16 titles in French.

At the moment the band is working on the album a new album in their own recording studio, the «Panache Culture recording studio» in Liège, in collaboration with the famous jamaican trombonist Henry Matic.

Since few years, Panache Culture is performing a special Tribute to Bob Marley called «Panache Play Bob» which is having a great success all over Europe.